The Tax Man Cometh - But it's a Good Thing! 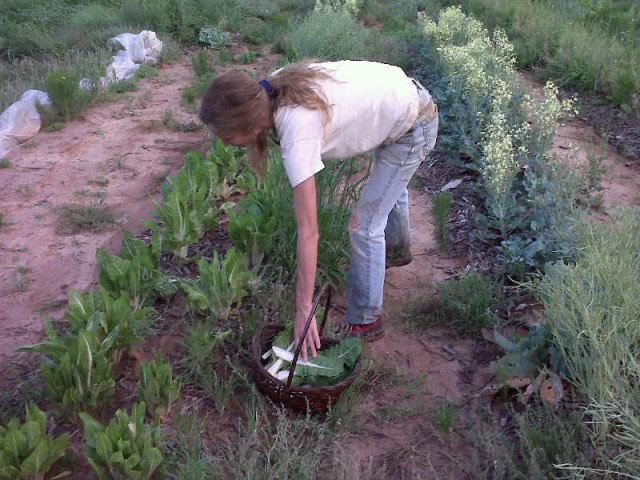 One of the biggest obstacles for young / new farmers is the ability to acquire land, pay for it and keep it while starting a farm that even once up and "profitable" runs on razor thin margins. Trying to do this in an urban area, within city limits, is even more difficult due to the property taxes that often accompany the land.

Having purchased land in the city limits over 10 years ago that was being used agriculturally (horses grazed), but that had never been classified as such for whatever reason, meant that full city and school district taxes still applied. Granted, they are less than many pay for in more affluent communities, but once I gave up my job and started farming for a living that tax burden became, well, a real burden due to the lower income I now had to survive on. 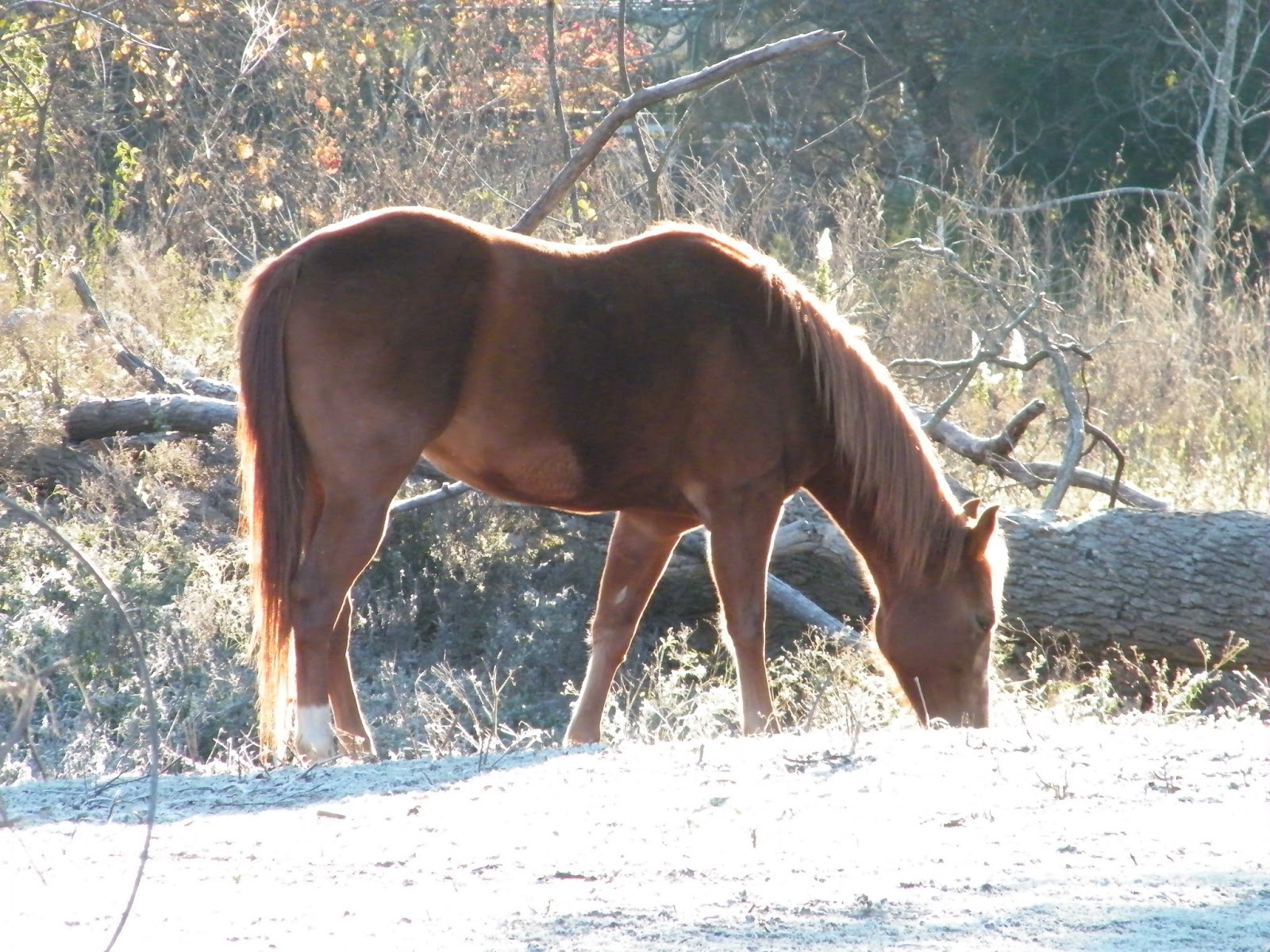 I had been initially told that leasing land for horses to graze on didn't qualify for ag valuation. I have no idea why not - and I didn't know enough to fight it back then even though I leased land to over 14 horses at a time sometimes. However, I was still working off the ranch/farm back then, so I was told I would still have had to wait 3 years to apply, even if I was grazing cattle. Then, upon the 3 year anniversary, I went on line to download the forms and noticed they said to submit a FIVE years history. Wait, what? So I called the offices and this time I was told  indeed, I had to show ag use of the land for 5 years in order to apply for ag valuation on it since I was still working off the land. Talk about disappointment.

Well, interestingly enough, about 2 years later, is when I started taking an interest in growing food on the land. I attended a farming conference where a speaker who represented a firm, supposedly specializing in helping farmers reduce their property taxes, stood in front of a room of people and told us that if your land was within city limits, and had not ever been grandfathered with an ag valuation, you would not ever be able to qualify for ag rates. WHAT? He even showed in his presentation what looked like legislation that attested to this. I was outraged and felt like someone had sucker punched me all at the same time. What difference did it make where the land was if it was being USED as agricultural, that is what it was. Why hadn't I been told this from my own county tax office?

Thank goodness for being stubborn and outspoken at times. (who me?) In conversation I was talking about this crazy chain of information and Judith McGeary of Farm and Ranch Freedom Alliance said that the last piece about never qualifying was absolutely wrong. I couldn't recall the name of the outfit who had been at the conference but she encouraged me and told me to re-connect with the tax office after 5 years and apply.

Then, about a year ago, I ran into the father of a friend of my boyfriend who also specialized in helping people reduce their property taxes. (A cool job if you think about it.) He asked a few simple questions, like, did I house honeybees on the land? And apparently there is new legislation that helps people who are helping raise honeybees for commercial use to qualify for ag valuation, too. So, I filled out the paperwork, accompanied by a copy of this relatively new category, and sent it in. And it came back - denied. 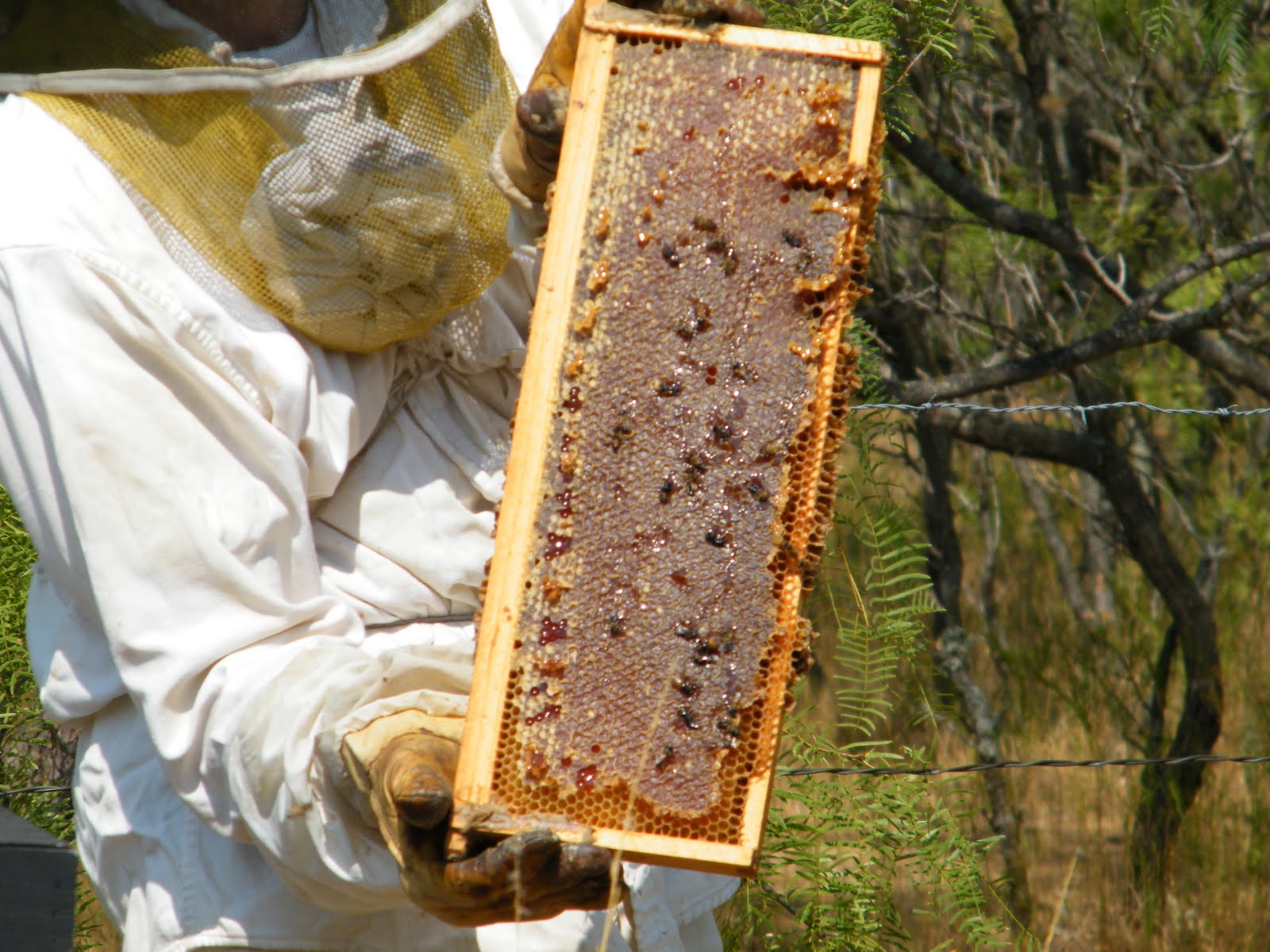 Now, I didn't know exactly what they wanted in the way of back up for honey bee production. Maybe a sample of the honey? But it came back asking for 5 years of history for agricultural use. And, as government papers often do, the information didn't exactly make sense regarding what they wanted. So, I had to call them and ask for more info. 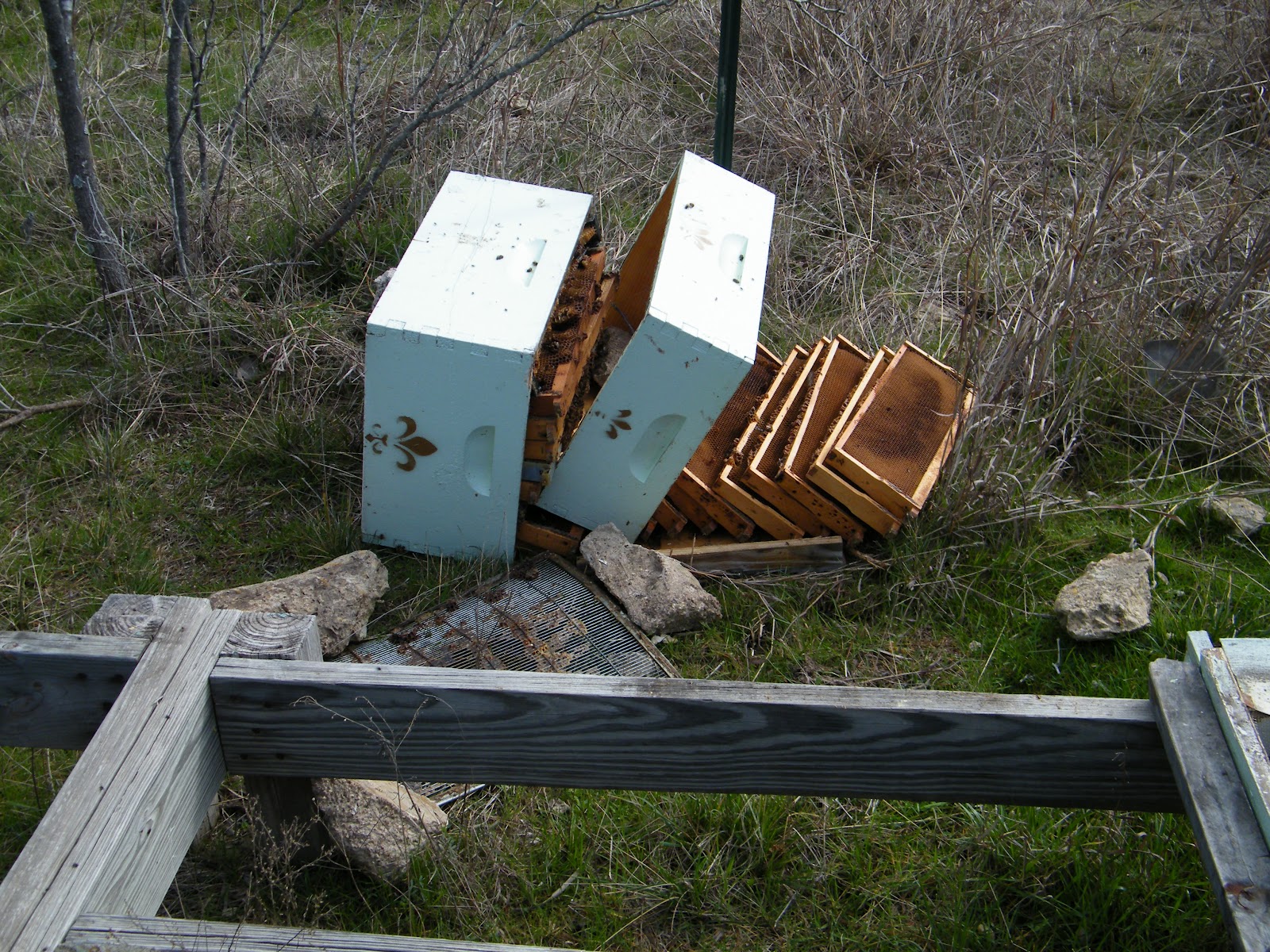 The man's name who was stamped on the letter, apparently, had retired. So I was transferred to someone else, who then transferred me to Mr. Burrell. I must say that he has been most helpful and pleasant to work with. He very clearly stated what I needed to provide, empathized with the lack of consistent information I had received over the years, and listened to my whining without hanging up on me. I shared with him a bit of the farm's history on the phone and explained that I had over a ream of paper copies if he really wanted all of the invoices, receipts and work orders generated in 5 years, but that I would try to put something together that showed a history of use that would qualify my land for an agricultural valuation. 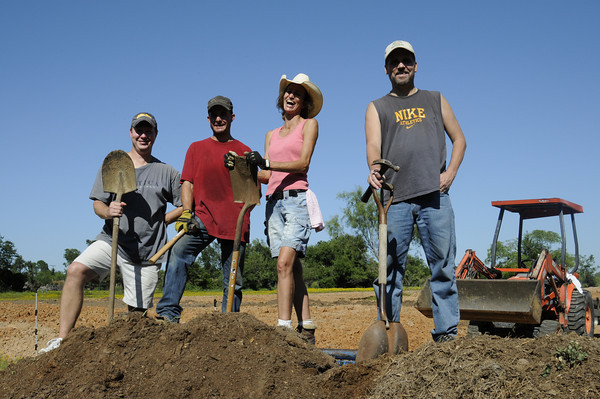 It was fun going back through the old newspaper articles, both ones I had written and those written about the farm, digging through my old farm journals, seed orders, tax forms (ok, that wasn't much fun), pictures and putting together a chronological history of how this place got started.  What a long row this has been to hoe!

I hand delivered the packet of copies to Fred Burrell at the tax offices, and he seemed pleased with the contents. Whew! I could have kept digging and found more, but I was hoping I had provided enough samples of what I was doing here to be sufficient for the requirements. Now all that is left is the site visit. And folks, today is the day. I've been waiting for this day for 10 years. Never before have I been happy to welcome a visit from the tax man!

I'll let you all know how it goes - and I encourage anyone with land who is farming in city limits to do a diligent job of keeping records, even if they're not as detailed as you think they should be, keep them - in folders by year - so you can have them together when your day with the property tax man comes. (or woman) There is legislation in Austin being mulled over now to help urban farms, like mine, speed up this process of paying higher, and in some cases, full, property tax rates on land that is being used for food production. HB1306, a current bill proposed to provide for fair property tax treatment for small farmers, urban farmers, vegetable farmers, and diversified farmers, had a hearing before the House Agriculture Committee. I've not heard an update on this one yet, but it's an important step for small, urban farming's future. Stay tuned to FARFA and your local government representatives to help urge them to support small farming - not work against it by lumping them in with big ag. We may need both to supply everything to everyone, but we sure don't need to be treated the same as large factory-type operations when it comes to food safety and handling, animal id and yet, on taxes, they want us to be different. Interesting. 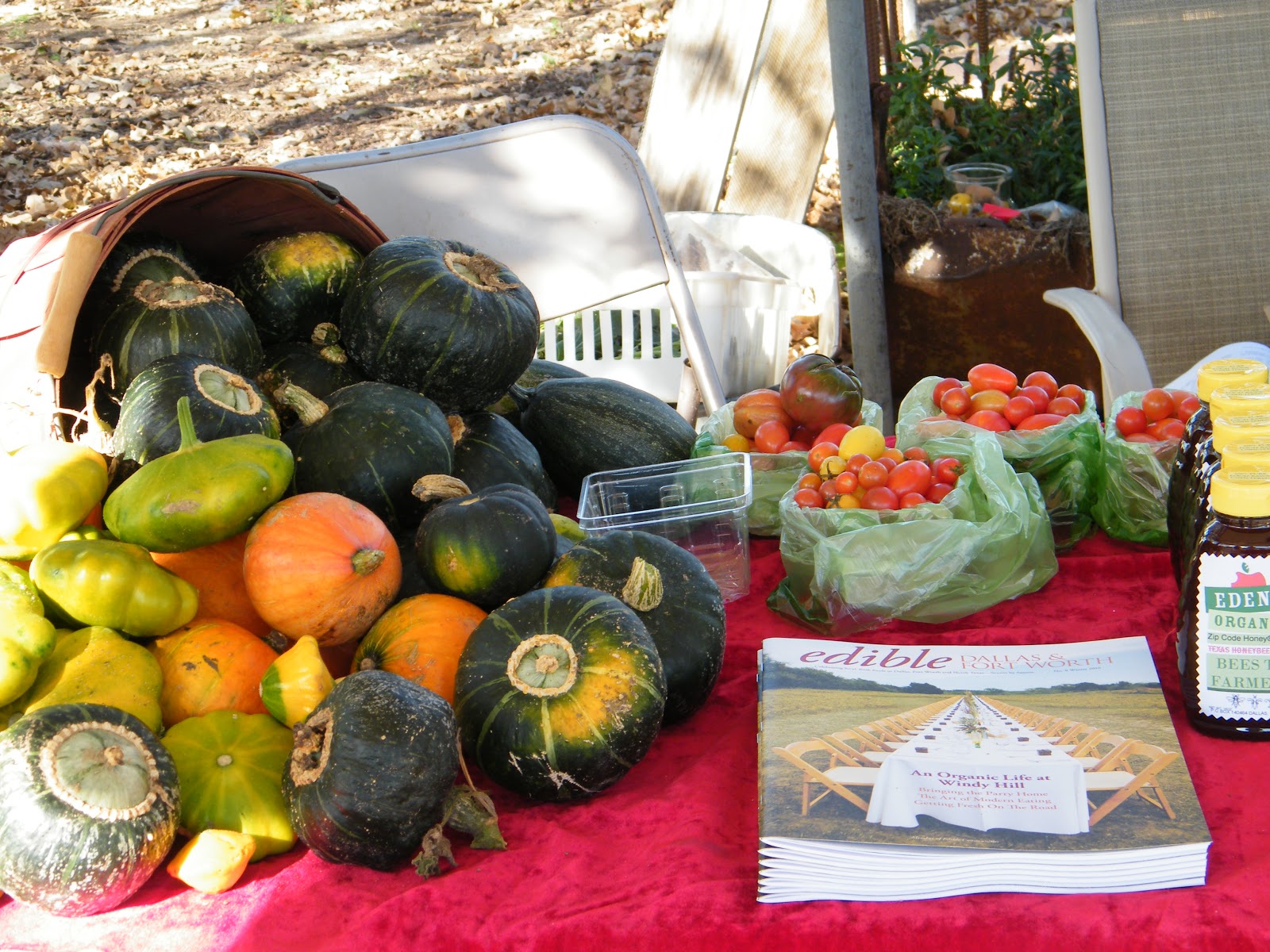 But, it appears that there is help on the horizon. All of the media attention on organic foods, local foods and small farms seems to be reaching people. This is a good thing for everyone.

Now, it's time to get outside to get things ready for my visit. This is one of the most important farm tours I've ever had to give!

Eat Your Food - Naturally!
Posted by Eden's Gardener - Marie at 9:15 AM