The Long and Winding Road.... 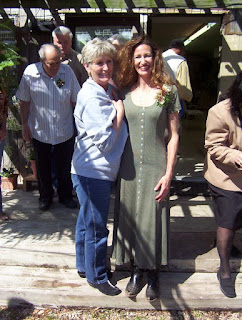 So, 14 years ago I cut the to Eden's Organic Garden Center in Northeast Dallas. It was short-lived up there after my "roommate", a former professor and landscape company owner, decided to move his biz north and I could never have afforded the rent on my own. But he had generously afforded me the opportunity to start my garden center, something I'd been wanting to do for a few years. I'll never really be able to repay that. I was the first retailer in DFW to carry High Mowing Organic Seeds, and I had a full selection of organic gardening needs. It taught me a zillion lessons! 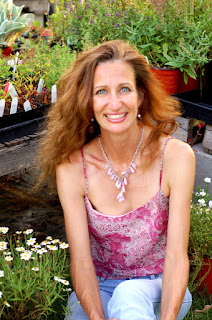 So I moved everything down here to Balch Springs, which was where I intended to have a garden center business originally anyway, setting up pallet tables on "cinder blocks" for the plants and converting the vacant guest house into my "garden shop", a much scaled down version of the original store with the same mission; to help people have safe yards - growing without the dangers of most commonly used synthetic garden applications. I even had a url called "safe-yards" dot com at one time.
Well, Home Depot (and Walmart which was already open I believe), had a different destiny for me in mind.
A small retailer like me couldn't afford to buy at wholesale cost what the big box stores were selling essentially the same things for at retail. Flowers are flowers to most people, and even perennials were being carried by them both. The locals weren't going for it and "organic" hadn't really caught on yet. Being a lower income area, especially back then, I knew I'd have to bring people in from other areas if I was going to survive.
To make my shop more unique, alongside the garden center, I decided to host a once a month farmers market, and offer a co op - allowing people to pre-order and pick up their food items, from local ranchers and farmers I knew through TOFGA. I didn't want it to resemble the 2007 version of the downtown market - at all - and I wanted it to be farmer friendly, too. (If you recall, the old DFM was sheds of idling cars and rows of out of state/country produce - almost all of it conventional) 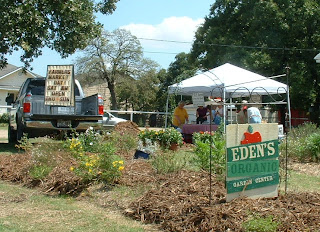 With a little free press, it was a big smash hit. So much so, that another little market popped up in East Dallas. Initially we alternated Saturdays and shared customers and vendors, but a few years later, with a wealthy founder and paid staff, it became the "go-to" market and expanded to every week, then two locations. Great for the carbon footprint of things, but not so great for my little underfunded twice a month market.
Such is life. I was an incubator for many a successful small producer, lots of home gardeners and even a few farmers. I still get thank you and progress reports from past customers, bread from D's Sourdough, and have a dear friend in the founder of the Texas Honeybee Guild, and I learned, or am still learning, to be a commercial farmer! So it's been mostly good I'd say.
And, I'm still here, albeit a somewhat different version of the original, 14 years later, in my community of east Balch Springs, (which is now a food desert, thanks to 8 dollar stores and a failed supermarket), trying my darnedest to stay afloat.
Lots of new players on the food scene these days yet most of the growers and customers still flock to either downtown or East Dallas. Much of Balch Springs hasn't caught on yet to the freshness factor of eating straight from the farm and we lost our local newspaper several years ago that used to carry my gardening column so as new people move in, they've not heard of me.
I'm doing things a little different this year. I'm going to focus on a pop up farm stand here at the farm for my neighbors, and yes, anyone else who makes the drive, as well as continue to grow lots of awesome produce for my Community Supported Agriculture members. They have been the backbone of how I've managed to stay afloat all of these years since 2008. (and yes, we're accepting members for summer considering the unusual situation we're all in this year.)
I've had a market stand built to put out front whenever I have surplus and hopefully, it'll introduce my neighbors to eating locally and to the fact that there's a farm right down the road from them.
Hoping to have our first pop up market stand soon. Keep in touch via email.
I look forward to seeing many new faces, and hopefully, a few familiar ones, too.

Stay well my friends.
and 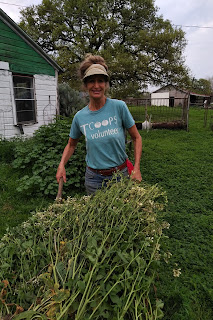