I saw a film today that I would urge anyone who eats to go see. Oh, I guess that’s you. It’s at the dollar theaters right now, but if you miss it there, I imagine you’ll probably be able to catch it as a rental soon. It should be up for some nice awards this year I would hope, too.

Cesar Chavez is a film about something that affects all of us, every single time we lift a piece of food to our lips. One of the lines in the film that stuck with me throughout, and as I left the theater and drove home, was about how unjust it was that a man who picks food for a living, can’t afford to feed his family. And in most cases, his entire family was picking food for a living. Something is very wrong with that picture. And I see the same thing with some small farmers I know. Most have off-farm jobs to keep the lights on, the insurance paid, and fuel in their vehicles so they can make it to market. And I think we all play a role in this problem.

Profits were grossly high for the companies depicted in this film; yet wages for farm-workers were $2/day, and the owners considered that a fair day's pay for those who worked for them - making those profits possible. No restroom facilities in the fields. Workers were charged for water to drink out in the hot, summer fields. The workers stayed in over-crowded living-quarters for weeks on end. Disrespected and mistreated beyond how most people could imagine treating the family pet, yet farm workers knew best, and what they did best, was how to work the land. So this was their chosen occupation. It was their heritage, their calling to work the land, as it is for many small farmers and farm-workers today. 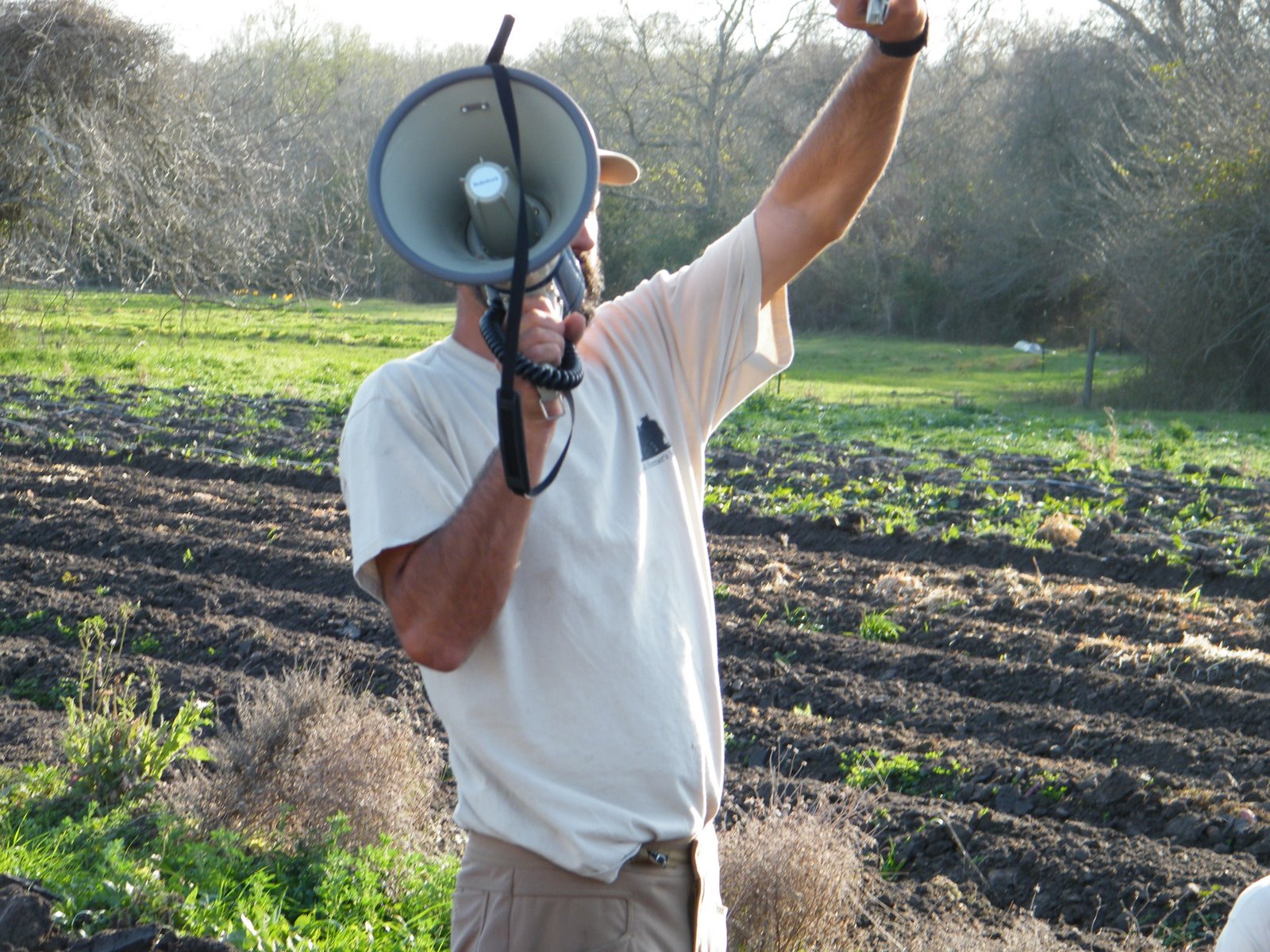 Yet until someone had the courage and conviction to stand up and say "enough is enough" – the people who grew and harvested the majority of our food weren't even allowed, by law, the right of collective bargaining; to even gather in unison to ask for basic human rights. They had no voice. If there's one thing that really upsets me, it is injustice, especially for those too afraid to speak up. Often there are some real serious reasons why they don't speak up.

I’m not sure how far we've really come on these issues even though they finally passed a law giving farm workers some rights to unionize, etc. Based on other films about current food system foibles, like Fast Food Nation which depicts how the fast food industry has far-reaching, dark effects on our country as a whole, and those who choose to work there in its grip, I’d say we have a long way yet to go. And keeping an eye on the UFW web site and reading the stories of ongoing mistreatment of farm-workers, it seems the problems are much like they always were, except the money at stake is bigger than ever for big industry trying to keep control – and profits - and yet fewer people are in touch with what's going on behind the scenes of those fifty cent avocados.

What is the value of a human life? How can people look the other way to make a profit; to save a buck at the grocery store?  Honestly, I have to think some of it is a disconnect with what is really happening. It’s not something you hear on the news, see in the movies on a regular basis, or read a lot about on Facebook. But it is something that deserves our attention. A lot of our attention.

One of the most moving scenes in this film, aside from the news footage of the massive marches and reenactment of the brutality of picketers, was the scene of the crop dusters in the background spraying the fields AS the workers were out in them, picking grapes. It reminded me a little of how we’re being sprayed in our own backyards, on the streets of our cities, in our gardens and farms – for the faux fix of mosquito abatement, and very few really seem to care – or are aware - of the dangers and potential long-lasting effects.

Without these people growing and picking our food, what would be on the store shelves and dinner tables? If they continue to tell us pesticides are not harmful to us, and enough people believe it and consume them without thinking, who will be left to eat what food makes it to the shelves anyway? What are we doing to ourselves, to our Nation, to our children, to our planet? 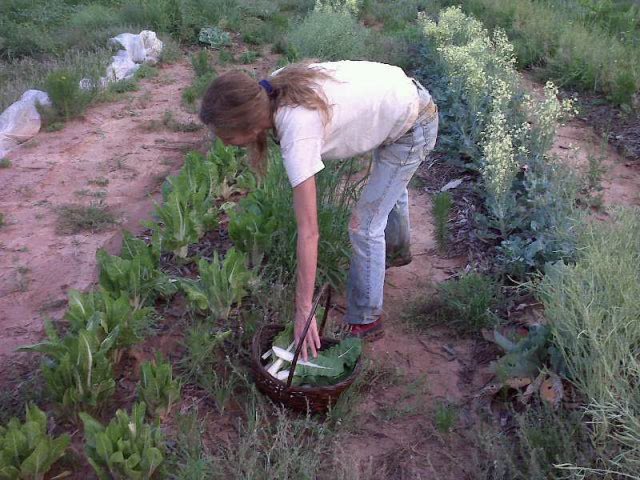 Cheaper food is not the answer to starvation. (That's a food distribution problem, and a whole other blog topic for another day.) Cheap food means lower wages, poorer and unsafe working conditions, unsafe chemicals slipping through legislation being ingested by you and me, and less justice for the people all along the food supply chain, among other things.

Organic farming, to me and to many others, has always stood for more than just what we do and don’t use on the soil and plants to help them grow. It’s a philosophy about sustainability and respect. Respect not only for nature, the food we grow, the animals we raise, but also for the people – those who help in the gardens, at markets, as well as those who eat the food. I’m not saying there aren't good, big conventional business owners. Many successful big business owners start out as small business owners and know where they came from and don’t forget how it feels to struggle, treat their employees well and have something in mind beyond the bottom line on the financials. But it seems like sometimes that bottom line is all that matters – at the expense of those who make that figure possible. And often times, it’s in the larger operations where priorities get fuzzy, although there are small business owners who are just as bottom line oriented as the mega-giants. When you come down to it, what we do in life is a lot about character and how we handle our deep seated fears.

I suggest we all need to re-prioritize our needs and wants and work on how we act out on those fears at the expense of the well being of others. Most big businesses aren't about to take a cut in profits if they can help it by suddenly giving workers a wage increase, shortening their days, letting up on their workload or taking a pay cut themselves. The 5 year strike and nationwide boycott, (and eventually, support by parts of Europe), of table grapes is what finally broke the backs of the grape growers and forced them to negotiate with Chavez and the workers.

Don't we all need to do our part to help assure that the farm workers for the big growers, as well as the small farmer competing with the big growers, receive as fair a wage as possible? How, you ask, can we do this without going broke ourselves?  By buying whole, in season foods from the farmer first and by planning our meals with items in season as much as possible, instead of buying expensive, imported out of season products. How about growing some of our own food in a garden with your family or neighbors? Maybe a few less apps for your phone; turning the heat down or the AC up – or off. Ride your bike, or walk, more, to save on energy costs. (And help the environment at the same time.) Ask your kids’ schools to spend more on food for your kids’ meals and plant school gardens, so they can actually have clear minds to learn with, or play with that expensive sports equipment they spend tons of money on, instead of nutrition and real food which really power their minds. Where are our priorities? I submit to you, they are not where they should be in many cases. There are lots of ways we can stretch our food dollars by eliminating or budgeting better on other things. Doing some or all of these things, we can better afford to pay fair prices on food, and get better food for our dollars spent. 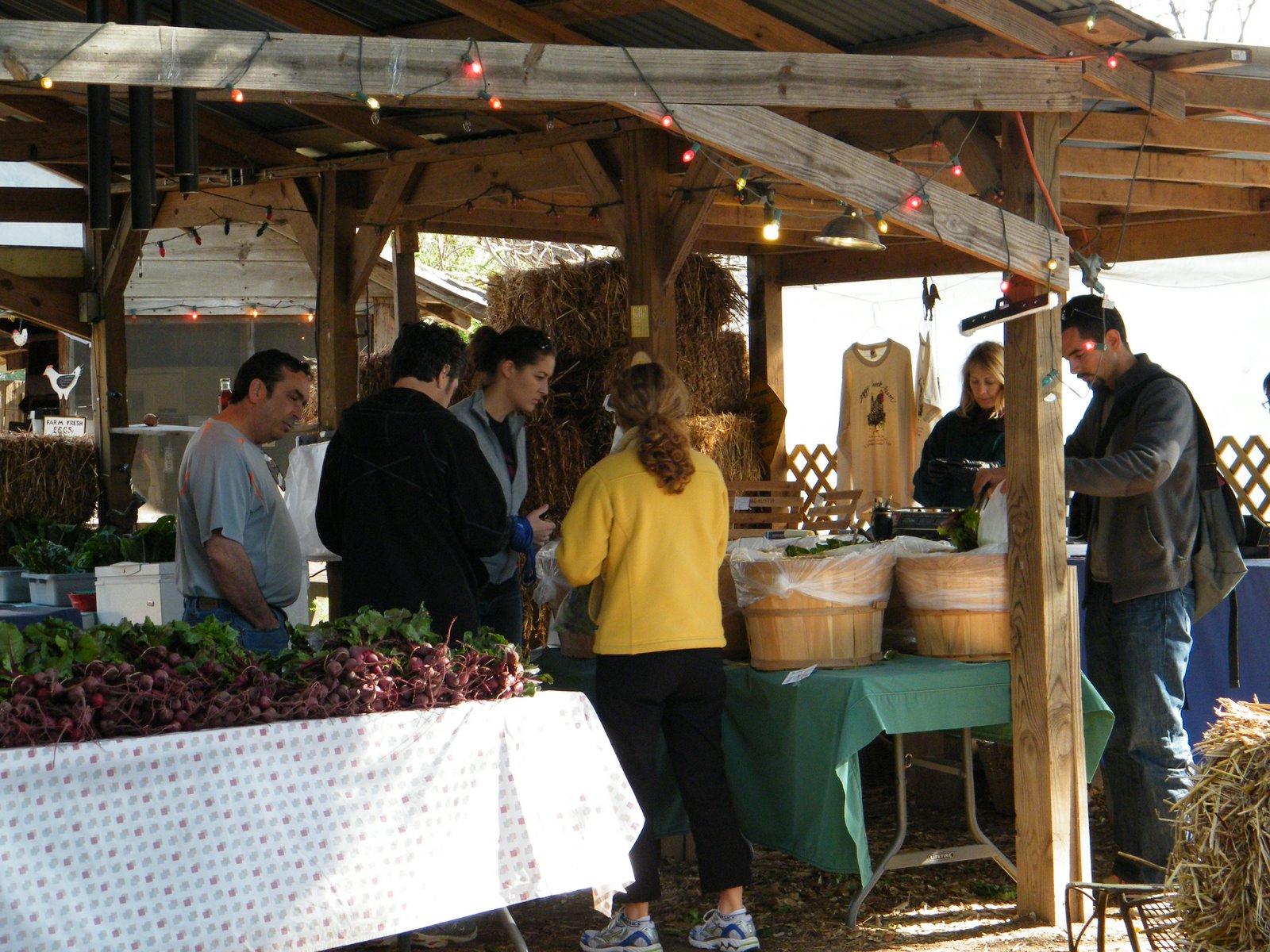 I believe education and awareness are key to solving some of these issues. Spending more on fresh food, and less on things we can do without, would seem to help, too. Setting an example at home by supporting these principals of fair wages and working conditions through what you bring home from the store, is a good way to sustain a solution.

I don’t have all of the answers to fix everything. I wish I did. I sure wish someone did. It seems it will take a long time to slowly untangle the many messes we’ve created. But surely, with a little forethought, we can all do a little something to make it a little better for everyone. A small ripple in the water can have far reaching effects in many things that matter. Whether it's how to better handle mosquito abatement, providing fair wages and safe working conditions for workers, or keeping the peace in the world, it all starts with a small step, and then another, and another.