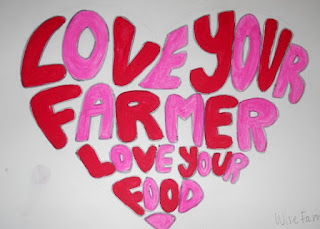 I just want to say that yesterday’s market was really cool for me, in a lot of ways.

One friend, a now retired entrepreneur, apologizing for not being able to make it, said 10 years was nothing to sneeze at.  Another friend, a customer and also a small business owner, gave me a high five with a genuine “right on!”.  Someone in a thread on line remarked that I’ve been at this longer than many of my peers. An accomplishment of which I wish I had more company.

It always feels nice to hear these things from others who know what it’s like to start a business, from the ground up, and work with the tenacity it takes to make it successful.

Aside, however, from the kudos, were the subtle things done or said by others who may not have realized how much their actions, too, meant to me.

The cancer survivor customer who credited me in a way I’d never think to take credit for; who also brought her neighbor on his first trip here, who has been on a mission to better care for himself through better eating habits – he’d lost 90 lbs over the past few years - says he'll be back and already ordered the salmon we were talking about. 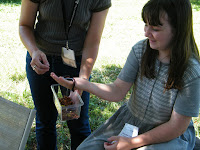 The once curious youngster who helped season after season to plant, weed, pick, wash and sell produce, returning as an all grown up and out on her own now young lady – super excited to learn I had yard eggs for sale, in addition to the produce she picked out - that I had a hard time charging her for, after all those Saturday mornings of help.

The veteran farmer who, after working herself all day in the heat, drove yet another hour and a half the night before my market, to be sure I had some extra produce for the event. (and if you missed out on getting some of that delicious sweetcorn or those sweet potatoes and tomatoes…..so sorry for you. But there is still some breakfast sausage left in the freezer for next market!)

The vendors who fill my out of the blue orders, even though I’m one of the most inconsistent customers they probably have on their list, with a smile and well wishes for a successful day. 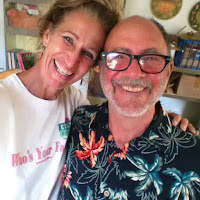 And another veteran farmer who drove over an hour and half, one way, not to bring produce to sell, but just to get off his farm and bring me some extra fall plant starts he'd grown, that I needed to jump start the spotty germination I had on some of my stuff.

The volunteer who faithfully shows up each week, sometimes twice – even just to blow up balloons for kids, help our harpist get set up, make sure the gate is open at 9, and give impromptu mini-demonstrations of his solar dehydrator to whoever shows any interest or curiosity – giving me more time to answer farming and produce specific questions.

And the couple - one or the other, nearly without fail shows up each market day- to bring us the wonderful and unique ambiance of harp music. Allowing children, of all ages, opportunity not only to hear harp music, but get to try their own hand at it, and encouraging them in their curiosity.

All of these things, and others I’ve not detailed out as well, each on their own makes a part of what I do both more successful and better. But to have them all come together on the same day, to help assure a successful anniversary market day event, was really awesome.

A bit overwhelming even – but in a good, happy tears, way. I wish everyone could feel so cared about, so appreciated, so respected. I wonder if they genuinely did, how different a place the world could be.

I’m lucky to have so many kind, caring, outgoing and genuinely nice people in my circle. It helps me to be a nicer person, I’m sure.

They say you are the company you keep, and I think that’s very true. I’m glad and grateful for the company that keeps me, in return.

Here’s to the next milestone! 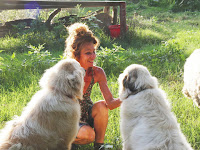